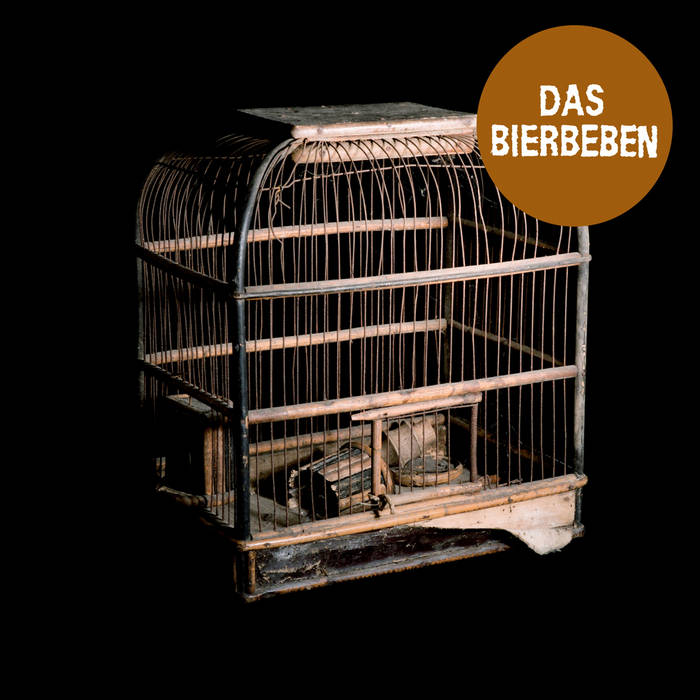 In this tour de force, the band not only reverts to its own stark imagery (the gong, everything falls down, darkness/light, day/night, delirium), but also the well-known protest top 10: "Wehr dich doch, Geld regiert, Delirium, Abschied, Gegenwart - Zukunft, Nebel, Nacht, Stein, Flut, Meer" (why don’t you fight back, money makes the world go round, delirium, the pain of parting, the present – the future, fog, night, rock, flood, the sea) – all of them spoken milestones and part of a resistance army (in the past and now again), milestones that lurch, fall, slide, speed, fly and never deign to stand at attention. A record in motion, a gentle glide, “Das Bierbeben” makes for easier listening that its predecessor, “Alles Fällt”. And if it should warrant a cover feature, it would probably appear in East Germany’s foremost music gazette: Melodie and Rhythmus.
There is pop to be heard – and then some.

The album’s second track with English lyrics, „Behind The Green Door“ as well as „Abschied“ (farewell) and „Wie Ein Vogel“ (like a bird) retrace the origins of the song: hooklines, chorus, sing-along segments, the joy of dreaming and letting go, heart-wrenching melodies. Spurred on by these traditional structures, Das Bierbeben tackle the German traditional “Hochzeit” by Franz Josef Degenhardt, after their “Alles Fällt” reworking and correction of our grandparents’ favourite, “Kein Schöner Land”. For “Hochzeit”, they pull out all the stops, couching apocalyptic lyrics in lullaby harmonies. A more explicit rendition of this pending apocalypse rears its head on “Nihilit” – here, a star comes crashing down, “days become night,” nobody sleeps and the waters rise. GONG! If Mike Oldfield had a hand in Das Bierbeben, he would weigh in with a nod of approval.

Bandcamp Daily  your guide to the world of Bandcamp

Featured sounds from Fly Lo and Ahmed Idris, plus Mother Nature hops on to drop off new project